This (possibly cringeworthy) article is very old and part of Project Necromancy. Many of the opinions I held back then have changed. I'm keeping this only for "historical" interest, not necessarily because I agree with what I thought back then.

Also consider that many of the included links (even the ones to the Internet Archive) are dead.

I think 2011 will be remembered (or not…) as the beginning of the Android market success era.

I mean, after the Mobile World Congress held in Barcelona last February, more or less monopolized by Android devices, the open handset operating system seems to be on the way to becoming the leader platform on mobile devices.

What bothers me, on a personal note, is that I could have jumped on the Android bandwagon at least a year ago, when a friend of mine borrowed me a HTC Dream and said “Develop software for it”.

Obviously I had toyed with it a bit, I downloaded the Android SDK and set up a project (a front-end for the long-dead Todoist).

(On a side note, Todoist API sucks… but that’s matter for a future article, maybe)

But, being lazy and not able to focus on anything for more than some months, I discarded the project and forgot I had the SDK installed at all for lots of time.

Then came new phones and tablets, i bought an Archos 70 Internet Tablet and a LG Optimus One handset. And my interest in Android arouse again.

Now, if you read some Android-related articles on the web, recently, you may have noticed that now there’s a high demand of Android developers. And I could have been on the first line if only I had put more forethought in developing for that new, promising platform.

The whole point is, if you find a new, niche platform interesting, go and develop for it. You never know if, one day or another, it will become the next big thing as Android is now.

But, who knows, maybe this will be like the end of the last century, when the DOTCOM bubble burst and left nothing behind but a few lucky (or foresighted) companies. Maybe next year nobody will care that much about Android anymore.

Actually… I doubt it…

Project Necromancy note: This is the only article in my old blogs that actually had an extensive comment. I'm reporting it here along with my response so they're kept together with the original article.
Author: Marco Demaio Time: 2011-03-28 13:52

Jumped here from your profile on SO.

I doubt too that next year nobody will care about Android anymore. But I disagree when you say “if you find a new, niche platform interesting, go and develop for it.” It might be a good point if you have got nothing to do, but if you have a daytime job or you are developing already something else it might be worth concentrating on what you do.

Starting to develop for a new niche it’s usually more fun that doing whatever else, because you learn new stuff, and learning it’s always fun for programmers like us.

So I suppose in next years we will see more and more these portable devices to improve their browsers in order to give to final user the same rendering engine that you find now on a PC.

Translating this into a trivial example: in future I’m not interested in dozens of Apps to read my email on dozens different devices, I’m gonna buy the devices that have the best browser rendering engines, the ones that will be able to let me view my Webmail on the device browser.

I might be wrong, but so far these apps are reduced to games sold for less than 1 buck, or small apps paid by some company Alpha to advertise the company Alpha itself.

Maybe 1st people who wrote these apps earned some money, but the competition got soon as wide as developing for the web. With a major difference: maybe in 5 years iPhone and it s objective C language will disappear, whilst the web will NEVER disappear, it’s only going to improve more and more HTML5, JS, CSS3, …

It’s funny to comment in English since we are both Italians, but the article is in English and I don’t want to ruin your blog. Ciao! 🙂

Anyway, I’m sure you speak out of experience. I can’t since I landed my first full-time job 5 months ago and I actually recognize that I have not the spare time I used to have back then.

In fact my first Android app (basically a password keyring) is proceeding more than slowly.

And also has a hilarious bug in that it duplicates entries in a list every time I rotate the phone (I think that’s because I put the ArrayAdapter initialization inside the onCreate() method). 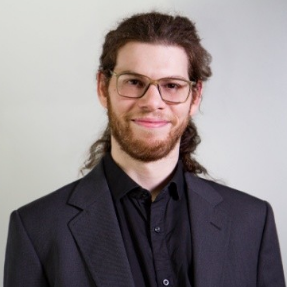